Once upon a time, when I was solely a stained glass nerd. One day, I took a break from the hustle and bustle of London and spent an afternoon strolling around St. Albans Abbey. At the time I was just starting out on my ‘SEE ALL THE CHURCHES’ adventure. My dissertation was on a London City Church, and most of the churches I had been doing research in were all in Greater London – many of those were of Victorian construction or ‘renovation’. 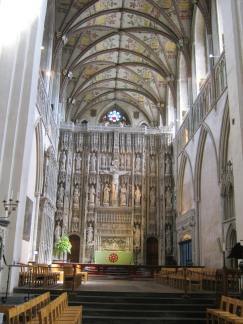 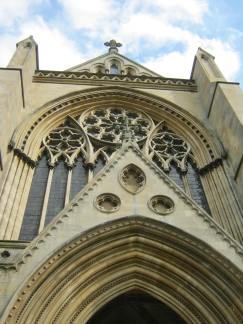 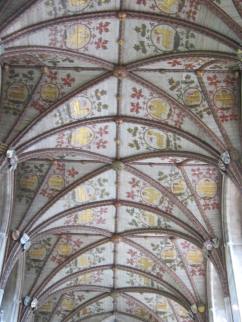 The Abbey was fairly quiet, it was a sunny, warm day in June so all the sensible people were outside enjoying the weather. I was running around like I usually was in a church, picking out which windows I was going to take the time to photograph (sunny days are awful for stained glass photography), looking at tombs and monuments, and falling in love with wall paintings – something that you don’t really find in London churches. My travelling and church visiting buddy stopped over to look at some books to buy and I spotted a leaflet entitled: A Short Graffiti Tour of Saint Albans Abbey. I had no idea what they were talking about so I picked it up and started to read.

WHAT. Tiny scratches on walls that are skeletons and hares and hands and names?!?!?! How had I been missing out on this! Despite being halfway through seeing the Abbey I dragged my counterpart back to the proverbial start so we could go through this pamphlet and find all the graffiti we could. Though a few areas were cordoned off, I found most of it and started trying to figure out how to take photos of the inscriptions with THE crappiest camera for low-light the world has probably ever seen. I still love the image I somehow got my camera to take of the famous hare as well as the two skeletons. Take a moment to feel bad for my friend here….I literally refused to move on to the next spot in the pamphlet until I had successfully found the graffiti that were listed….meaning there were times he was standing there doing nothing for quite some time. 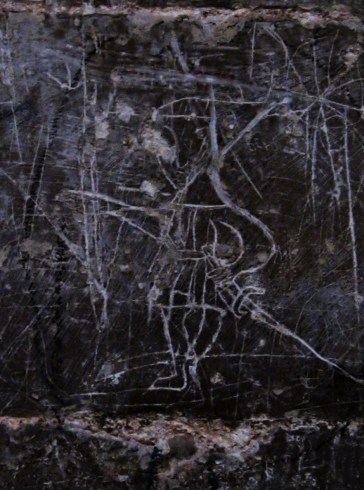 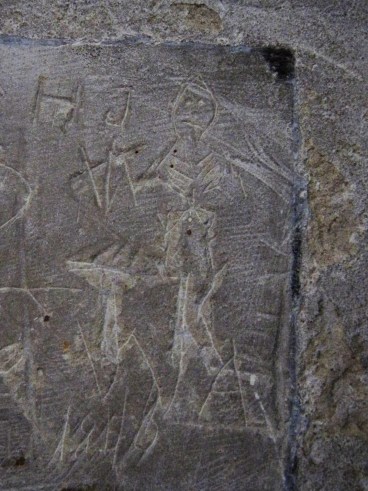 Upon leaving I thought of the dozens of churches I had been to already. Did THEY have graffiti? If they did why didn’t they tell anyone? This was such a personal and interesting thing to study what on earth had I been missing out on?! I suppose I got bit by the graffiti ‘bug’ that day, because every building we visited afterwards I was climbing in the cloisters or crawling around the quire looking for previously ignored symbols. Several times I had people come up to me and ask me what on earth I was doing staring at the walls – I’d cheerfully show them and they’d join in for a short time before reverting to ‘normal person’ status. What was even funnier was going through my photos from churches before I knew graffiti was a ‘thing’ and seeing photos I took of graffiti without even realising it was there or what it was! Graffiti became my main field of study and my passion soon after that trip. 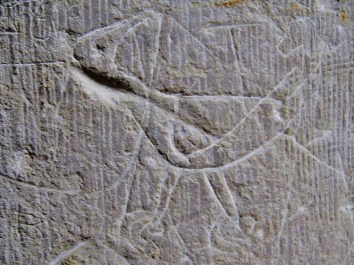 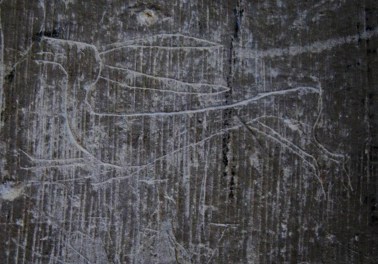 These days I look at images people send me and try to answer their questions, or put some of the cool things I’ve found up on a screen in front of a class full of undergraduate students, or I’m crawling around on the floor investigating a unique looking chisel mark in some long forgotten parish church. But I absolutely love it and wouldn’t trade it for anything – so thank you St. Albans – you helped make me…..me.

Check out the current favourites:

This work is licensed under a Creative Commons Attribution-NonCommercial-ShareAlike 4.0 International License.